L and I pretty much took the month of July off, away for 25 days. It went something like this:

Day one didn't go so well... wind on the nose leaving (or trying to leave) Boston... it was bumpy enough that after beating to Boston Light (and still having a long way to go to Scituate) we decided a run back to Marina Bay made the most sense. Our sail on day two was delightful!

We spent two nights in Scituate ... 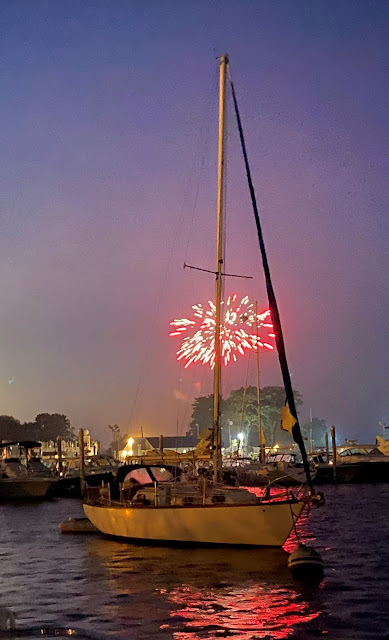 ... the second just waiting for better timing for transiting the Canal. The effects of COVID-19 were apparent: The Boat Club's facilities were limited to members (i.e., no showers for transients), which is understandable. Restaurants were occupying former traffic lanes. For us, it was business as usual at the sub shop and ice cream place.

To the Canal in some patchy fog, but that cleared... and despite the need to click off the miles we managed to sail a good bit. Wind from the north made for an easy transit through the Canal and then to Bassetts Island in Red Brook Harbor ... 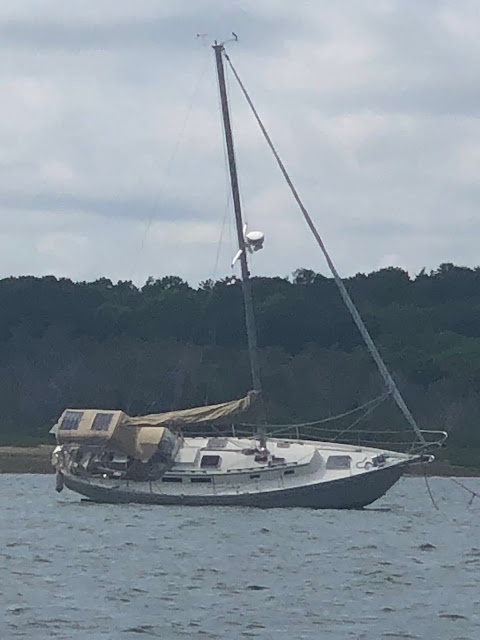 [Watch for shoaling at Bassetts, and especially if there's an expected (or unexpected) wind shift. This one floated off without issue.]

... Fay pretty much passed by without incident, but Rhode Island Sound remained bumpy for a few days after, so we stayed over five nights in Cuttyhunk. (There's no way to explain what we did in Cutty for five days if you've never been there.)

From Cuttyhunk to Jamestown, RI, for two nights at the Jamestown Boat Yard (showers!), recovering from the bustle of Cuttyhunk. Then to Potters Cove on Prudence Island, Bristol, and down the Sakonnet to Safe Harbor Marina (showers and laungdy!), for two nights. Last stop in RI was at Third Beach, then back to Cuttyhunk for two more nights. After that, Bassetts Island again, through the Canal and across the bay to Provincetown (showers!) ... 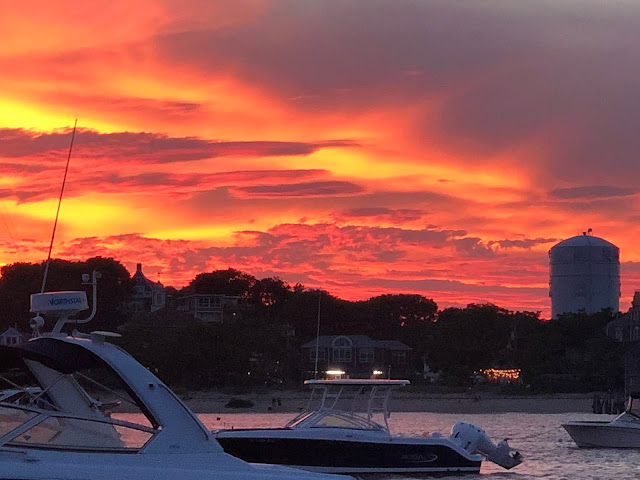 ... for two nights, to Scituate, and then back to Marina Bay.

Predictably, not everything worked well... the manual bilge pump developed a split (after only 43 years)... and the pump in the head started acting up. Both were easily remedied once we were back home.

Fuel and water management worked well... from jugs to tanks as needed, and refilling the jugs as fuel and water were available. (Always easier to take the dinghy for fuel/water than the boat.) Note that the Cuttyhunk fuel dock is closed this season. Plan accordingly.

Food worked well, mostly eating on board. Lots of pasta and canned goods... eggs when we could get them, lobster one night in Cuttyhunk, fresh produce when we could get it. What needed to be kept cold was kept to a two to three day limit, so no worry about finding ice.

Twenty five days was our longest yet... looking forward to going longer next time! 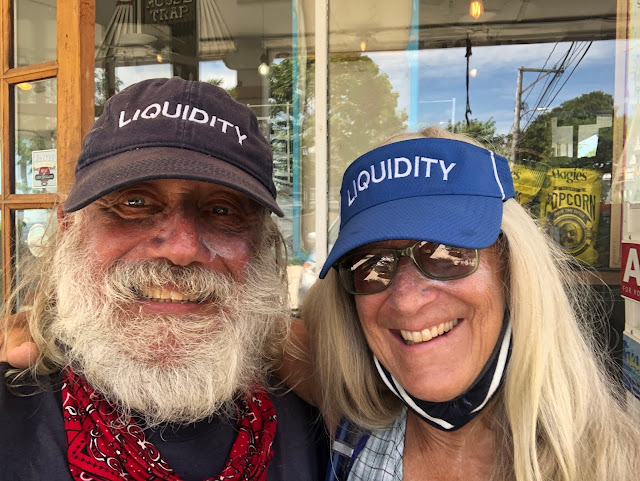